Our tips for Visiting the Center of Capri

Three itineraries to choose from, each suggesting a pleasant walk through the center of Capri and ending with lunch overlooking the sea at Terrazza Brunella. 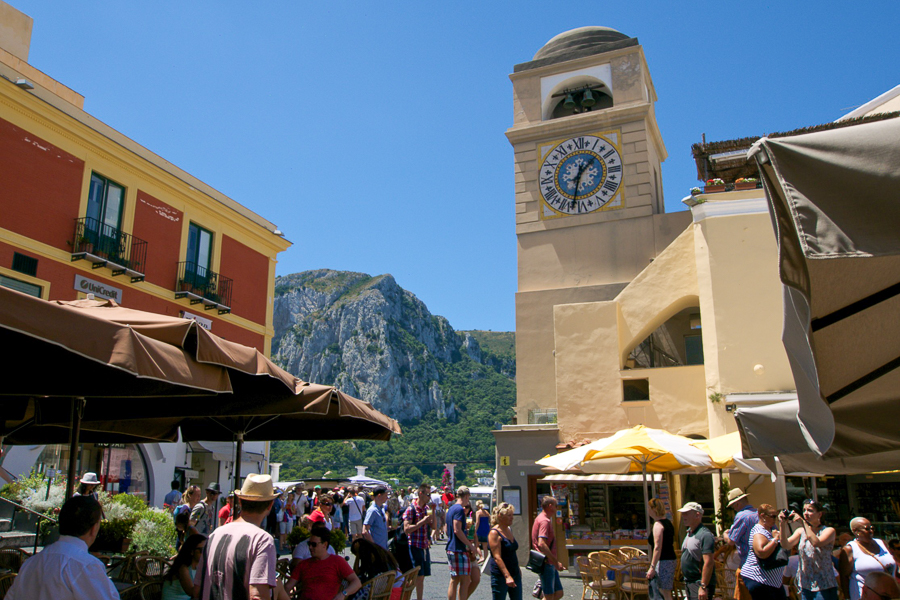 The heart of Capri and "drawing room of the world". Savor its atmosphere by relaxing at one of the al fresco café tables and sipping a drink while watching the world go by. 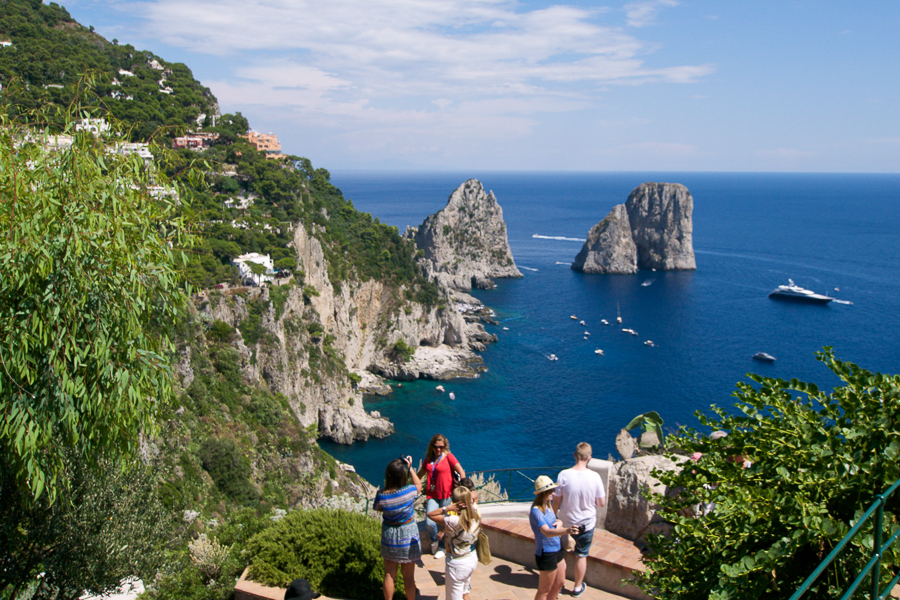 Gardens of Augustus and Via Krupp

The Gardens of Augustus offer a spectacular view of the Faraglioni and Marina Piccola, with the winding path of Via Krupp clinging to the cliffside directly below. Entrance to the gardens is €1; Via Krupp is closed due to falling rocks. 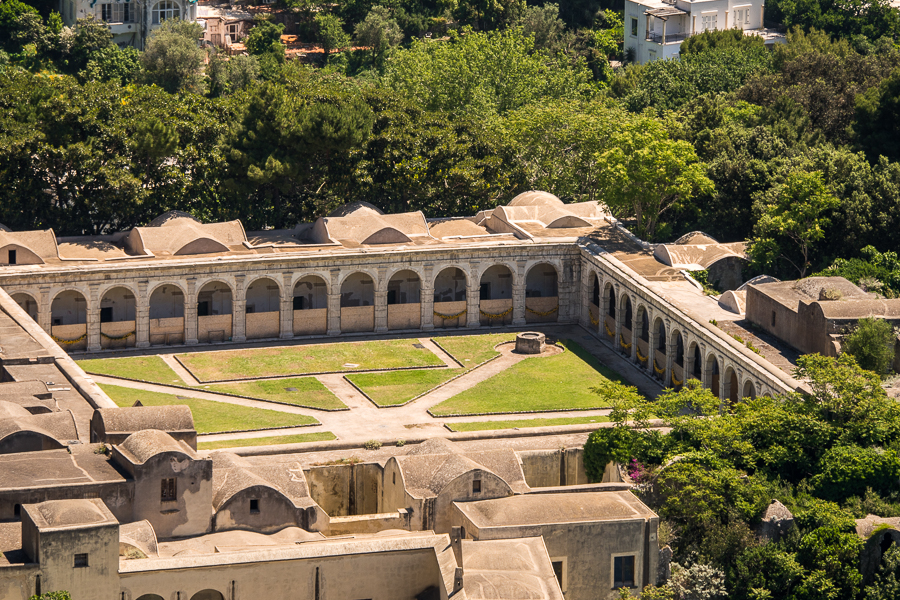 The Charterhouse of San Giacomo

This former convent was once home to monks who spent their days in prayer and produced perfumes, before becoming a prison and high school. Today it is an exhibition space for temporary art shows and museum dedicated to the painter Diefenbach. 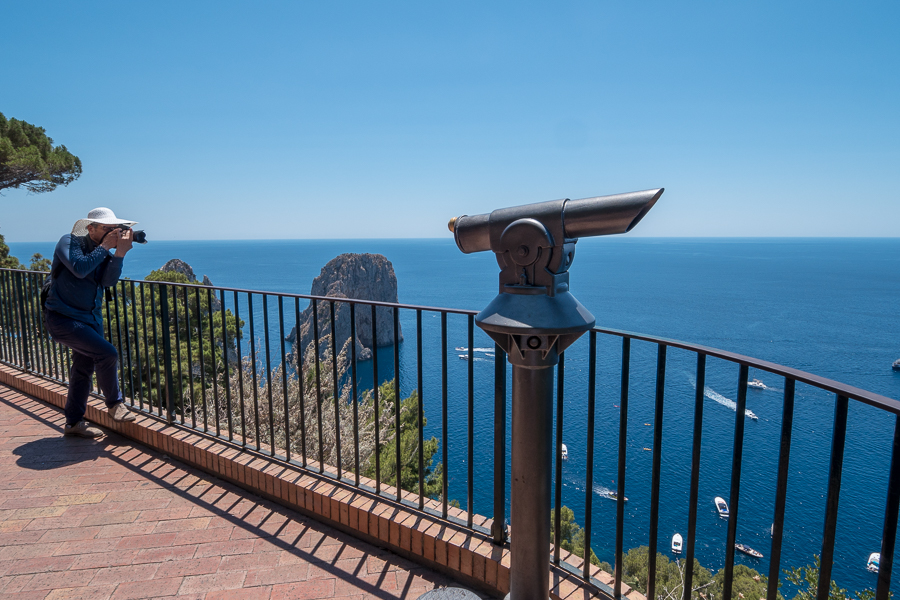 Tragara Overlook and the Faraglioni

Just steps from the restaurant, the Belvedere di Tragara offers one of the best views of the Faraglioni. From here, there is a steep path down to the two beach clubs below. 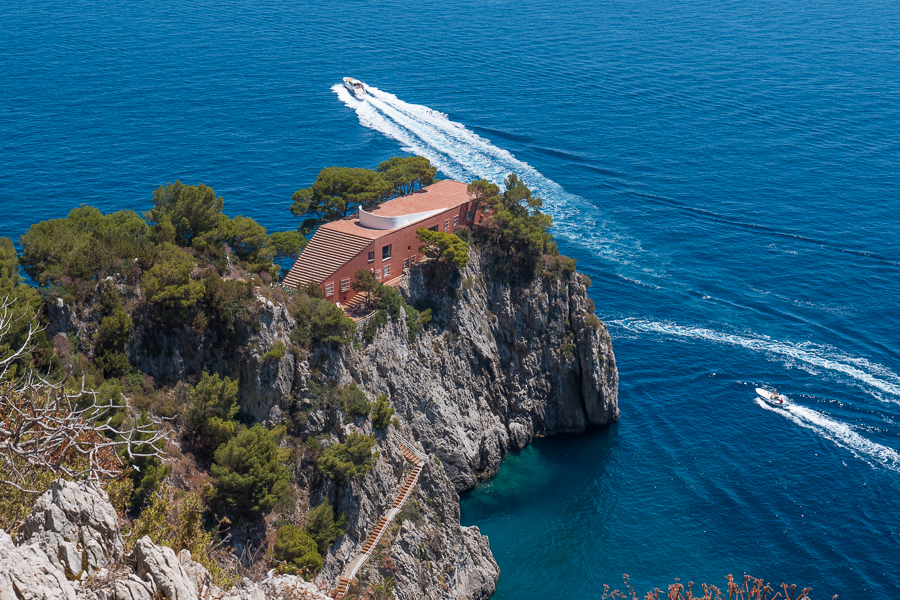 Along the Pizzolungo trail, you can admire the villa built by Curzio Malaparte on Punta Masullo from above, where the film "Le Mépris" with Brigitte Bardot was filmed. 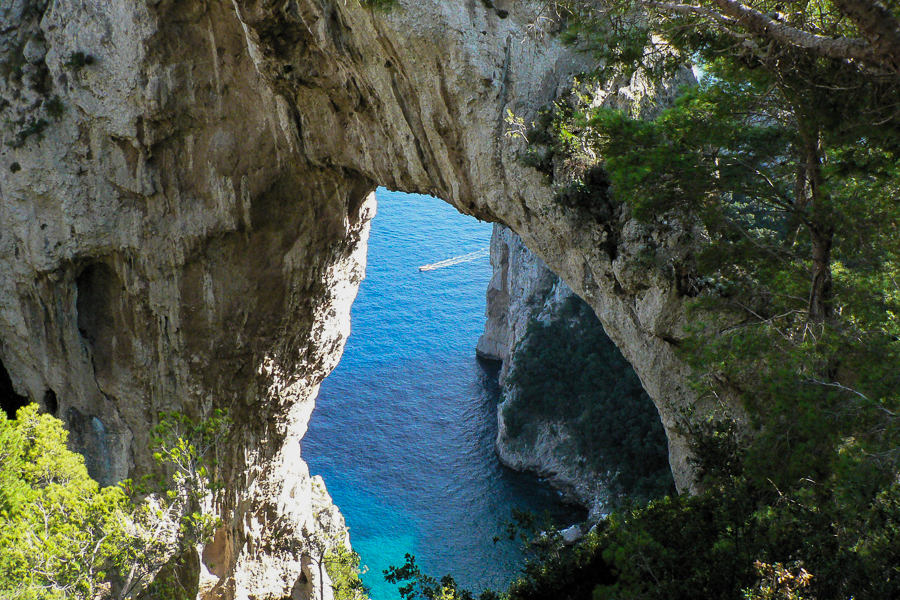 A spectacular natural rock formation on the extreme eastern point of the island set along the Pizzolungo trail above the Matermania grotto. 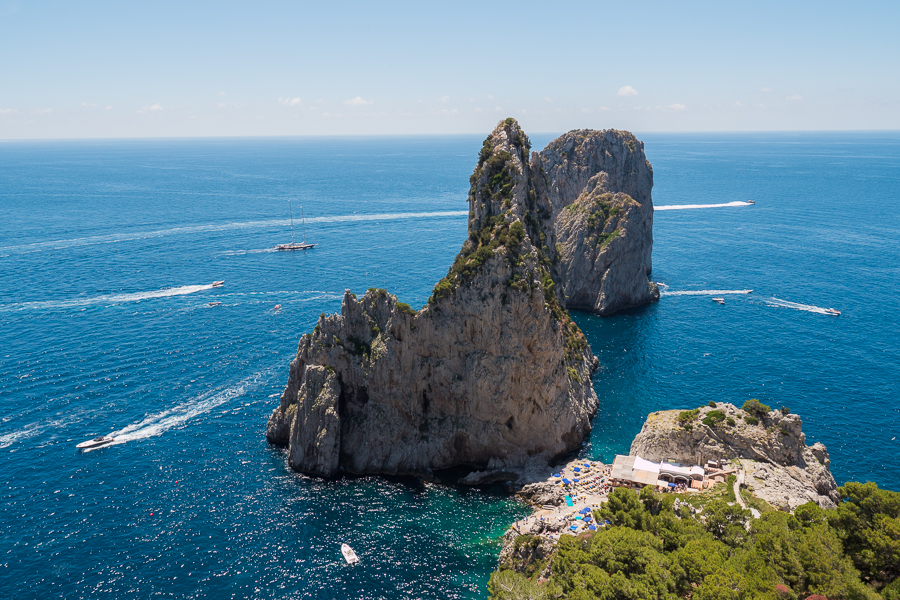 This trail skirts the eastern edge of the island and offers breathtaking views of the Faraglioni. Begin from the Natural Arch and walk towards Punta Tragara. 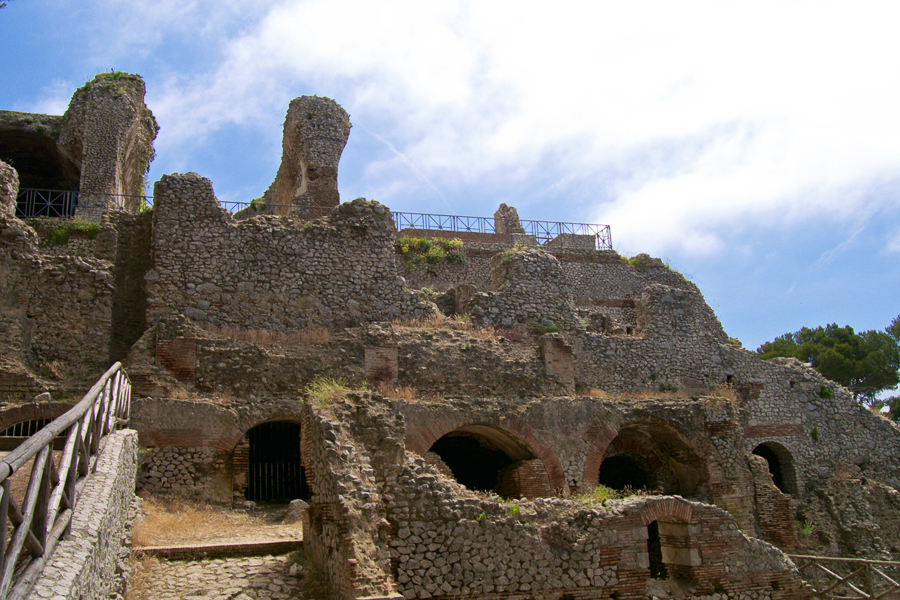 The Roman emperor Tiberius built 12 villas on Capri; from this one on the peak of the mountain, he could watch over the entire Bay of Naples and Sorrentine Peninsula. 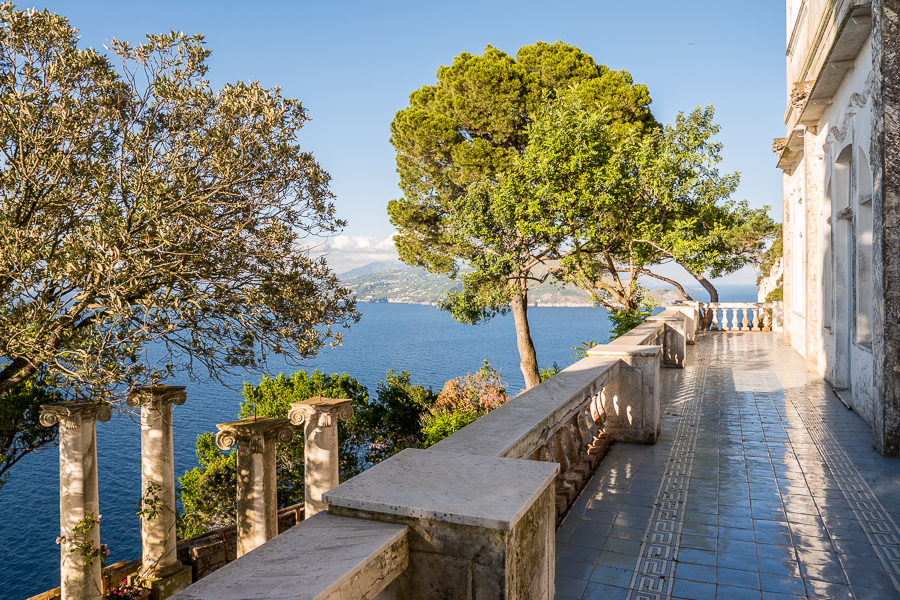 A gorgeous villa dedicated "to love and pain", built by the eccentric Count Fersen at the beginning of the 1900s and recently restored. There was once an opium den among its rooms.

From the Piazzetta to the Faraglioni (2.5 hours)

After arriving at the port of Capri, take the island's famous funicolare to the Piazzetta in Capri town, and stop for a cappuccino at one of the lively bars to soak in the atmosphere and people-watch in one of the most famous squares in the world.

Your walk begins along Via Vittorio Emanuele; once you arrive at Grand Hotel Quisisana, continue downhill following the signs for "Giardini di Augusto". Stop to take in these beautiful gardens with their spectacular view over the Faraglioni and hairpin curves of Via Krupp that skirt the cliffside to Marina Piccola.

Snap a few pictures and then stroll to the nearby Charterhouse of San Giacomo, where you can visit the museum dedicated to the painter Diefenbach, a pioneer of naturalism and pacifism who lived on Capri at the end of the 1800s.

Walk back uphill to Via Camerelle, lined with luxury boutiques; at the end of the street, you'll pass the small Evangelist church and take Via Tragara to our restaurant.

Take your time strolling this lane to savor the colorful flowers and views over the sea at the scenic overlook facing the Faraglioni.
Your walk end at Terrazza Brunella, just steps from the Tragara overlook.
From our panoramic dining room, you can admire the view of Marina Piccola in all its splendor.

This walk also sets off from Capri's Piazzetta, the heart of the island.

From here, take Via Le Botteghe to Via Fuorlovado, following signs to the "Arco Naturale" painted on ceramic tiles.

The Pizzolungo trail begins from the Natural Arch, and skirts the eastern coast of the island. From the Natural Arch, take the stairs down to the Matermania Grotto, once home to mysterious ancient rites, and continue to Punta Masullo, where you can admire the villa built by Curzio Malaparte.

The walk continues along the coast facing the Faraglioni to the Belvedere di Via Tragara, a scenic overlook just steps fro Terrazza Brunella.

This walk is rather strenuous and almost entirely uphill.

From the Piazzetta, walk uphill along Via Longano, Via Sopramonte, and Via Tiberio until you reach Villa Jovis at the end of the lane.
Visit the ruins of the villa and the Parco Astarita next door.
Continue downhill, following the signage along the path to Villa Lysis.

After visiting the villa, you can opt to follow the Pizzolungo trail (see the itinerary above) or return to the Piazzetta and follow the first itinerary to Terrazza Brunella.